FINALLY the first episode of Celebrity Operation Transformation aired on Wednesday this week, after we’d been filming for over a month, and what was the most talked about thing?

My knickers, that’s what! 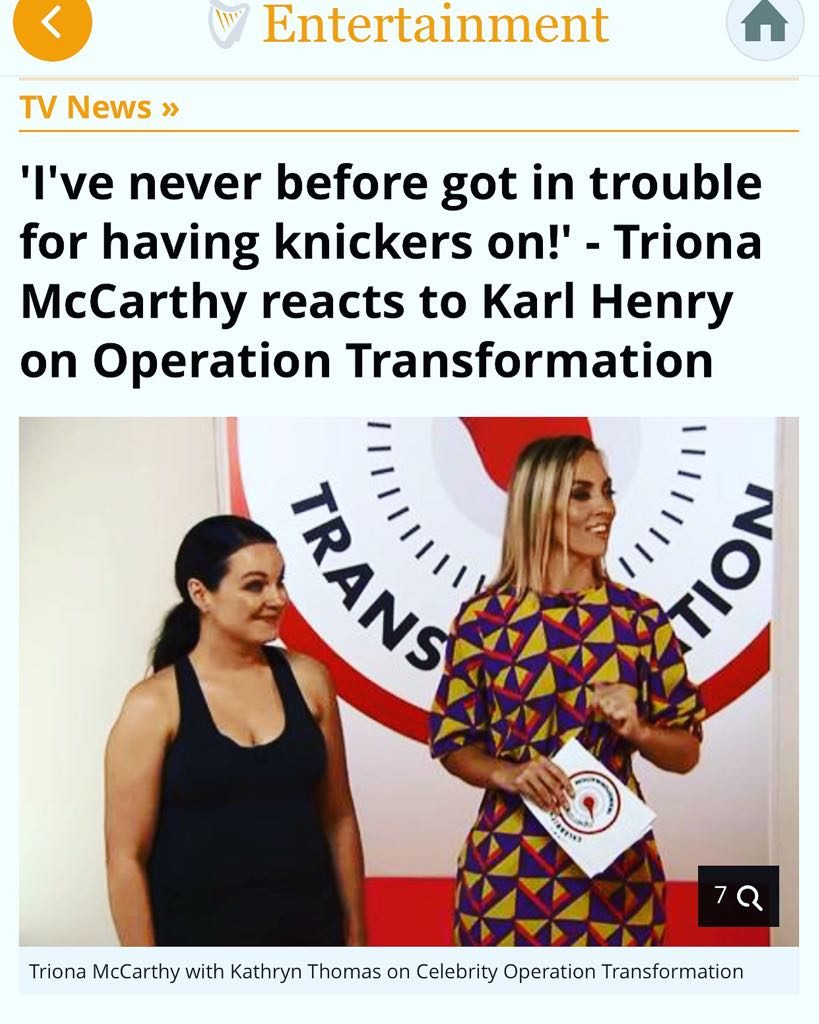 Never before have I been in trouble for having my knickers ON!

Did you watch it?

What did you think?

Was Karl waaaaay too harsh on me over my underwear situation?

Hmmm, I think he’s the one that needs spanks! 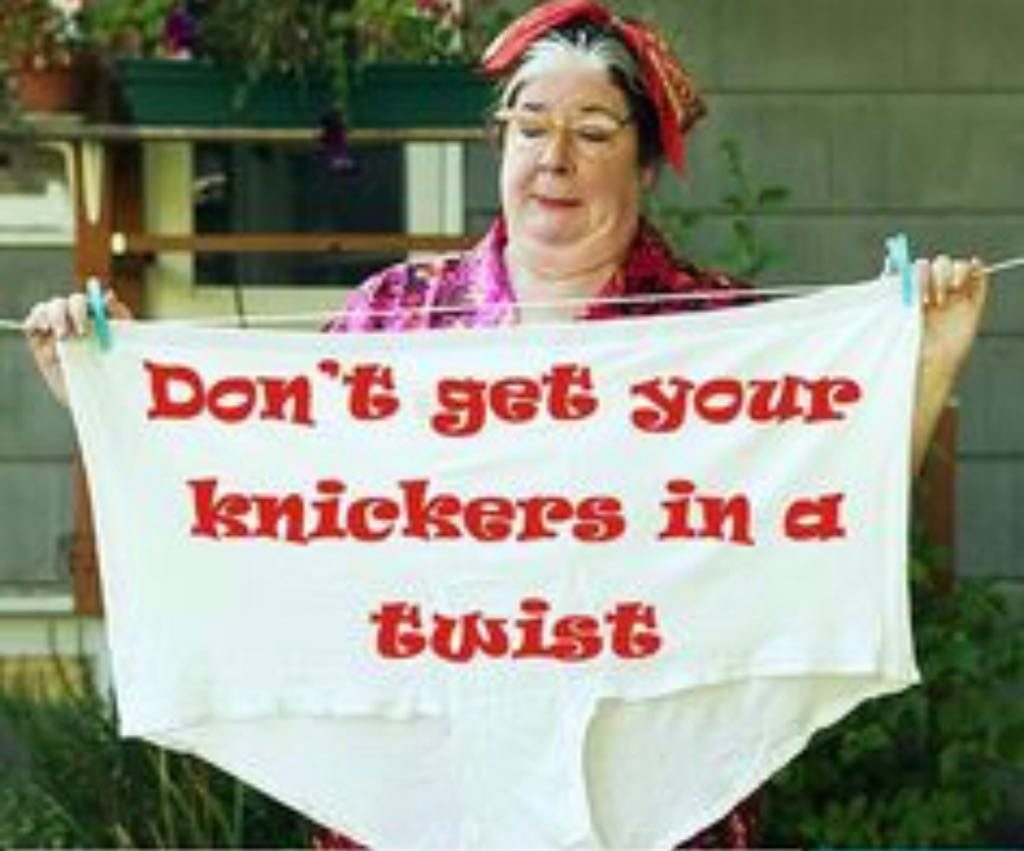 AND sorry now, but they weren’t even proper Spanx, they were high-waisted knickers I wore when I was preggers.

ICYMI, when Karl measured us before the weigh-in, off camera, he asked us to remove any Spanx.

Because I wasn’t wearing my usual industrial strength, wrestling suit type thang, that I flashed for all the nation to see on Wednesday’s show btw, I happily let him measure me.

Not once did he indicate there was anything wrong.

I’d gladly have pulled my knickers down and let him have a go if he’d only asked!

Ok, I should really rephrase that, but you get what I mean.

Then he totally got HIS knickers in a knot when I tried to diffuse the situation with a lil laughter by saying ‘You want to just see my knickers, is what you’re saying!’

He came down even harder on me! 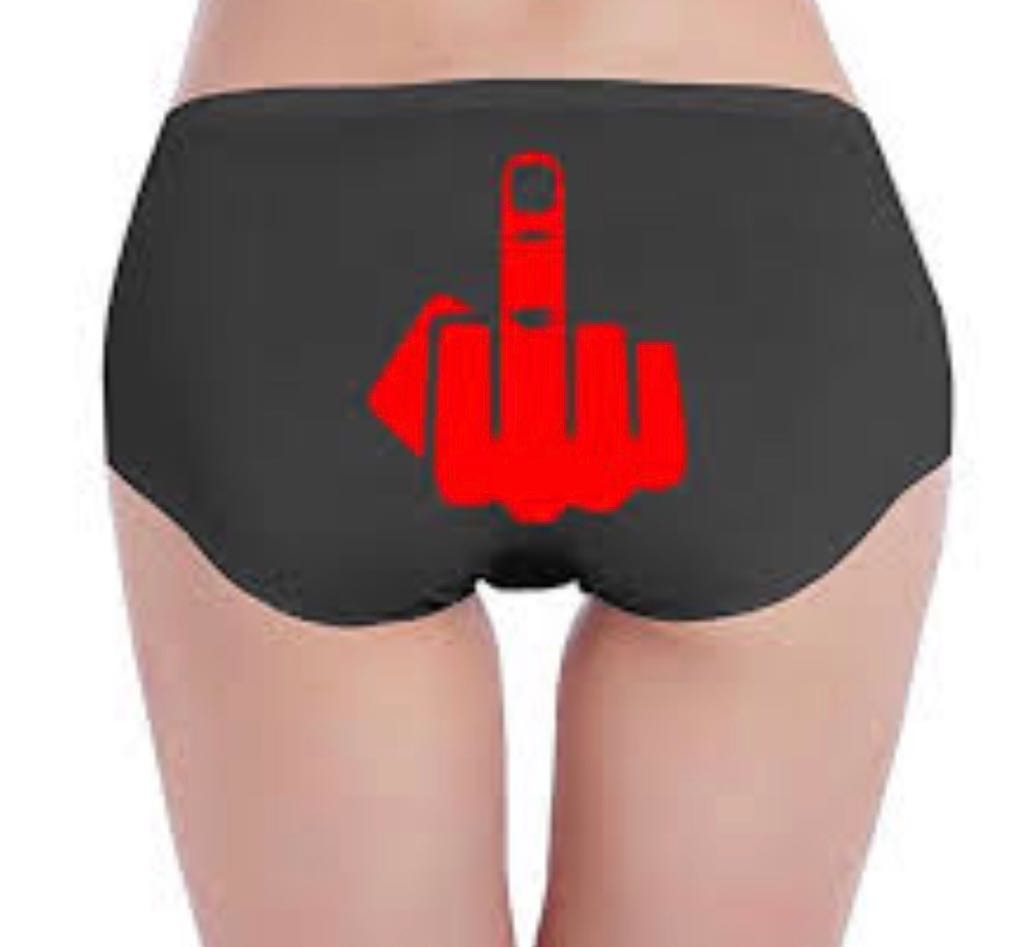 As someone on my Instagram said, ‘that Karl’s a dry sh*te and needs to cool the f*uck down, we all need a laugh!”

I know right!
I followed the plan and lost the weight, with a half pound over my target for goodness sake.

It’s not like I was half arsed about it, I put my full Spanxed arse into it!
I’m a rebel at heart, coming from the rebel county and all that, and this is my first time fully following something.

I have lots of size 14 Mums following me on Instagram who were quick to come to my defence saying Karl doesn’t know how needed Spanx when you have a Mum Tum.

Anyhoo, when we finished filming, Karl came over to measure me again and asked if I needed to pop to the loo to take off the most talked about knickers ever.

But all I had to do was roll them down and then he actually said ‘you’re in great shape!’

What did he think was gong to happen?!

That all my fat was going to fall out on top of him?!

Then I got it, I think Karl thought I was bigger than I looked with the knickers on and he’s only trying to do his job as well.

So let’s not be too hard on Karl.

We haven’t even talked about Aoife the dietician  yet who also decided to have a go at me over my ONE SQUARE of chocolate.

Which I consulted with her about.

Last time I checked, dark chocolate had lots of health benefits and nearly every single supermodel and celeb I’ve ever interviewed has told me they always eat dark chocolate.

Even Aoife admitted to me before, that she has to have chocolate.

I actually only got to have the one square of the flipping bar anyway as Will and my Mum read me the riot act that evening about it-I’m always in trouble it seems.

Anyway, unbeknownst to me Will threw it in the bin but I found it the next morning and took it out again and then apparently he hid it again and it hasn’t been seen since.

I think it might be in somebody else’s tum tum!

I suppose Will is like a pair of knickers actually, he always covers my ass when needed!

He was getting all the love on Wednesday night on social media with one person saying ’we all need a Will in our lives!’

Well, in my case, where there’s a Will, there’s a way!

On Thursday before I left for New York Fashion Week, I was up at 6.30 to get the kids ready for Montessori.

I replayed the show for them so they can try to understand why there’s a camera man, a delightful dude called Darragh, that all the ladies are wild about on my Insta Stories, whose practically living with us everyday.

Anyhoo, Maxi was totally taken with Gary and wanted me to shape his own hair in a Mohawk like his for school.

Mini meanwhile was going gaga for his dogs and delighted to see his two lil kiddies.

I managed to put on the 3.5 lbs in the run up to the show as I was literally eating all round myself.

So I’m back to where I was after a lot of effort!

My target this week is 2lbs which doesn’t sound like much but I’m in New York this weekend for Fashion Week and there’s temptation everywhere!

I’ll be leaving New York this afternoon at 5.30 pm after an interview with Adriana Lima, and landing back in Dublin at 5 am in the morning and going straight to the studio for the weigh in as we film that on the Monday and then it airs on the Wednesday.

I’m going to be jetlagged and bloated and hopefully not hungover and just weight, sorry, wait and see what I’m planning to do to Karl this week.

He might just have to kiss my ass!
That’s a hint btw!