People should seriously stop expecting normal from me because we should all know by now that’s never going to happen!

I mean look at this week’s episode of Celebrity Operation Transformation, for goodness sake, where I was the biggest loser.

Yes, me, the one that can’t seem to do anything right according to the panel of experts.

I get scolded every week even though the reality is, I’ve actually met my targets. 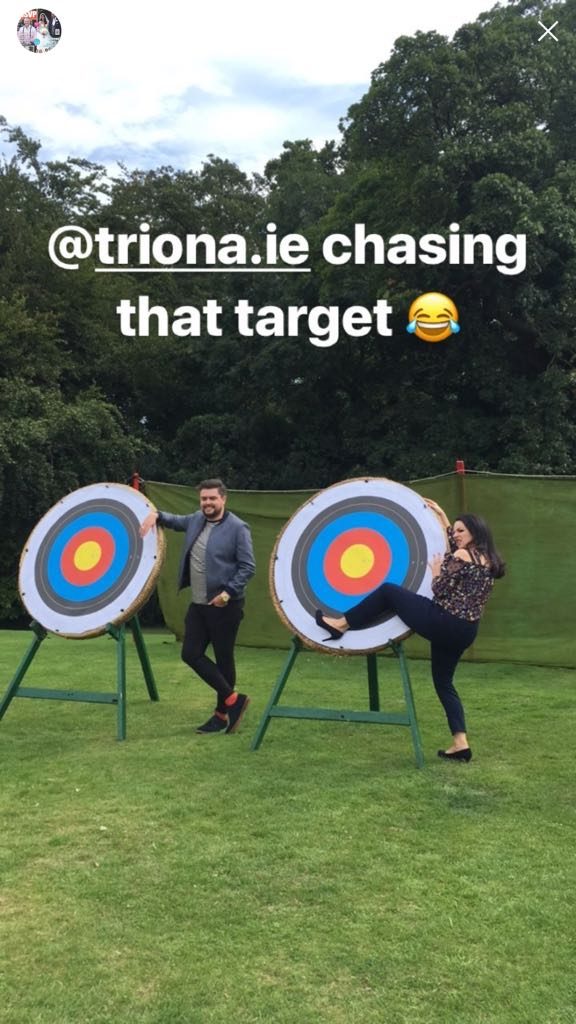 Ok, last week it seemed I was half a pound over but I knew myself it was water retention having just come off a transatlantic flight and not having any sleep.

It was also my time of the month.

Ciara the doctor on the show was the only one that really took these things into consideration.

Actually when I think about it, Ciara is the one that gets me most.

Karl the fitness fella on the show was left ‘boggled’ as he said himself with my 5lb weight loss.

I think what he was trying to say was ‘the mind boggles’ and may have been ‘baffled’ by my weight loss as I didn’t follow his exercise plan.

I know it’s a tried and tested plan and Karl has worked so hard on it and I feel really bad for him, but it just doesn’t work for me.

Karl staged an intervention with me and tried to punish me by making me do more of his exercises which was actually wonderful, I really enjoyed it and it just compounded the fact that I now realise I can only exercise when there’s somebody shouting at me or better still if there are other people around having fun with fitness and motivating each other.

Like F45, see f45training.ie, which my friend Melanie brought me to.

It’s completely free for the first two weeks if you sign up to the app and so far it’s the only thing I’ve ever tried that I haven’t been looking at the clock wondering if it’s actually stopped!

I completed the forty-five minute circuit of every type of exercise from skipping to rowing with amazing music playing and a real sense of fun from everyone and I couldn’t believe it was over.

I thought surely that can’t be it.

Even my fingernails and teeth were sweating!

I’m thinking long-term here and I reckon this will work for me as it means I’ll get out from the house and get to see my friend and enjoy myself while getting fitter and stronger.

That’s really all I want from the show as I said at the beginning.

I want to lose weight and get fit.

I’m not flogging anything.

I’m not there to delve into the dark side of my life.

I want to lose the weight and get fit and have some fun doing it.

I think being a Mum of two small children, Mini 2 and Maxi 4, that I’m good at utilising my time.

I work odd hours and weekends and I’m away from home a lot at the mo, so after I came home from NYC having checked out a Soul Cycle class, and seeing how enjoyable that was, I decided this is what’s going to work for me. 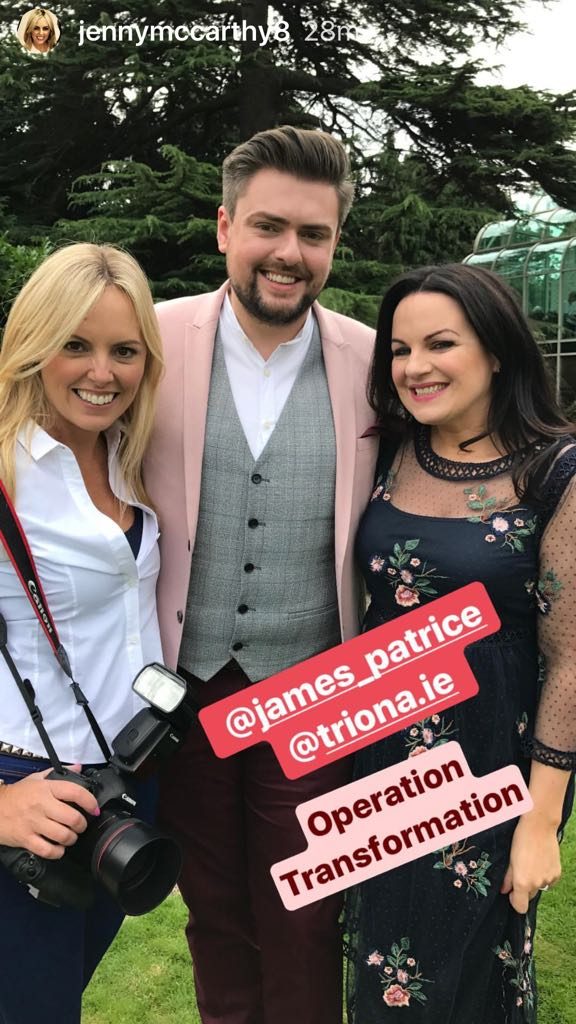 I was in London all weekend at Fashion Week and still managed to keep on track.

I did have an extra drop of champagne at the Emporio Armani aftershow party where A-ha played.

Yes A-ha, the band whose posters I had on my walls as a teenager.

I bopped away-burning calories in my own little way and yes Party McCarthy surfaced and so what, I was caught up in the moment and decided to enjoy myself.

“I love you for being honest! I feel that a lot of the celebs put up fronts for cameras and when the cameras go, they may not do what they are acting like they do. Keep on doing what you are doing Triona! You are fab!!

As someone else said “You are normal, like the rest of us …You seem to have to juggle so much! !And life is hard so well done …What’s the point if you can’t have a glass of prosecco? You look great and I love that you are still yourself, Party McCarthy.”

My favourite was though “you need to poke that lad Karl with the fencing stick, 5 pounds is huge and he was still being a negative nelly!” 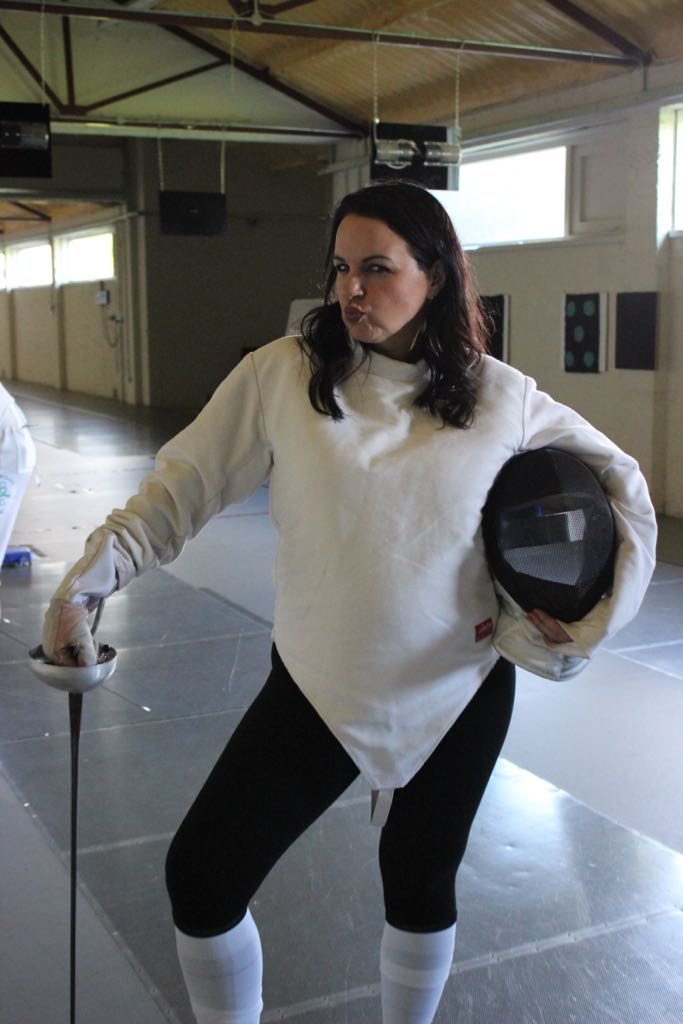 Another one of my follwers said “Triona you’re doing great, I feel they are all being really hard on you but have been away so much and the kids are sick it’s hard to do it all, keeping going, don’t let them knock your spirit

Well done and you’re right you are representing all the women out there who are trying but sometimes life gets in the way and cocktails are called for!

So yeah, I slipped up but if life has taught me anything, it’s that you have to try and squeeze out any bit of fun you can, while you can!

I was in London again this week for a lunch and then onto Birmingham to preview Miss Saigon ahead of it’s Dublin run for a new gig I’m doing every Friday on the Today show with Maura and Daithi on RTE.

I’ve been following the plan as best I can but as Maya Angelou said ‘If you’re always trying to be normal you’ll never know how amazing you can be.’