I lost the weight and I’ve finally got back into fitness.

And I’m only delighted with myself!

This is all I ever wanted out of Operation Transformation.

Having never watched the show before, I admit, I didn’t realise there would be a lot more to it than that.

But as I said from the beginning, I wasn’t on it to delve into the darker side of my life.

I wanted to have fun finding fitness and losing weight, not my personality!

I didn’t have a life changing experience like the rest of the leaders, as I wasn’t obese, I was overweight and I was already a healthy eater and quite active, but two kids in two years meant I had a stone and a half to lose. 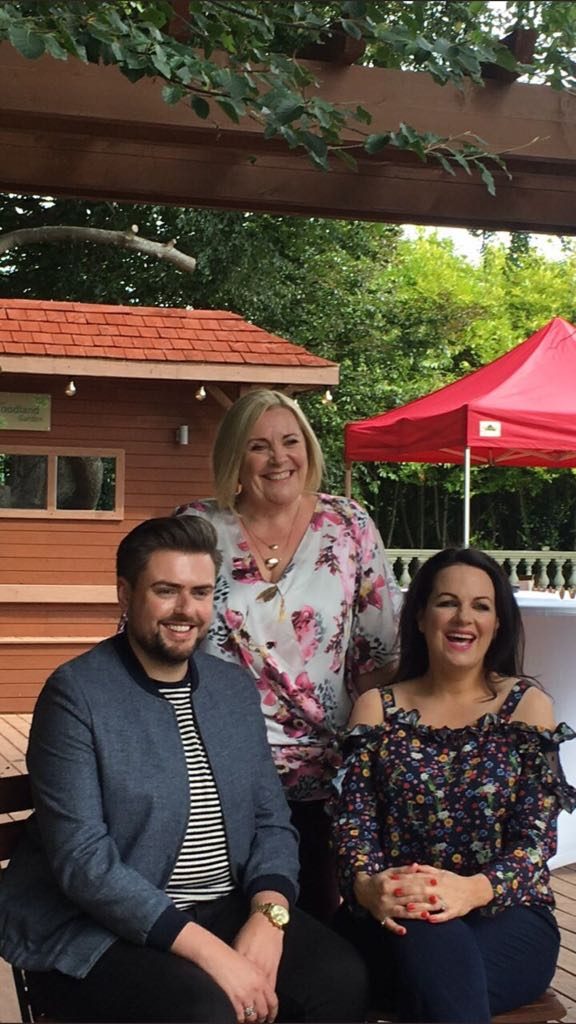 Now, the question everyone I meet asks about the show is… would I do it again?

My answer is always the same, in a heartbeat.

The Plan definitely works, but I had to tweak it a lil to make it fit my life.

I have young children, a 24/7 full-time job, a husband and a house and travel a lot for work.

I was out of the country a lot during filming but always flew back to Dublin every week to get weighed in and now, at the time of writing, I’m down a full stone from when I began a month ago.

I’m 5 ft 6 inches BTW, not 5 ft 4 inches – which it says on the Operation Transformation website.

So many people say to me, ‘oh, you’re much taller than I thought!’

But as you can see if you watch the show, I’m the same height as Kayleigh.

Actually, that was the best bit of the experience, meeting such a diverse group of people and getting to hang out for a day every week filming with them.

James I already kind of knew, but now I know we’ll always be friends.

He was my main man during the course of the show.

Mary and Kayleigh share the same manager, Kayleigh’s Mum, so they were already tight, but super friendly.

Gary, like me, has young kids, so we bonded over baby talk!

The show is very authentic, in the same way the viewer only sees the experts at the weigh-in, that was the same for me.

The only time I saw any of them outside the show was when Aoife, the dietician came to film a segment about cholesterol and then Karl was scripted in to ‘punish’ me for not following his regime.

But I just sucked it up, so that I wouldn’t have to suck it in, if you know what I mean!

Oooh! Saucer of soya milk with that snarly comment!

I never saw Eddie the psychologist or Dr Ciara Kelly the GP outside of the show, but as I said earlier, I wasn’t in it for anything other than health reasons.

When we were training for our pentathlon, which involves fencing, show-jumping, shooting and running, we were lucky enough to train with modern pentathletes Natalya Coyle and Arthur Lanigan O’Keeffe, both of whom finished in the top 10 in individual events at the Rio 2016 Olympic Games,

Now, these guys are the real deal.

They live such a healthy life but also know how to be realistic and ‘let lose’ every now and again.

I learned, being a total cappuccino addict that it’s better to have a flat white, which is what they drink.

Anyhoo, I was always honest and I think that’s why I was the most popular leader according to the programme makers.

I didn’t hide anything.

But I never really minded that, as I’m always very busy and work a lot, so I always had my laptop with me squeezing in work when I could.

So, what have I taken away from this experience?

There are no quick fixes!

I’m never going to let my weight creep up again as it is so much harder to lose the older you get.

You don’t lose weight by wearing a wrap for an hour.

You won’t drop two dress sizes in one day.

You won’t lose 20lbs in one month, unless you get a really bad virus like Will did and that’s exactly what happened to him.

Actually, we were all very sick but I just had to power through.

Now I wonder if it’s true that stress causes weight loss. Why the hell am I not invisible?

Now, where was I? Oh yes, what I’ve learned.

So, you will miss workouts.

You will have a few setbacks, especially after a transatlantic flight and no sleep, you’ll weigh a lot heavier from water retention.

You are human, you will fail sometimes.

But you just have to keep going.

I’ve realised everyone is doing something to keep fit

We exercise so we can live longer, yet when I do it, I actually think I’m dying!

I no longer mindlessly eat.

I’m writing this on the train to Cork where I film a weekly slot for the Today show on RTE and I have a packed lunch, snacks and water with me.

Following my health scare early on in the show where I had a false positive test reading indicating I had heart disease, I’m determined to have my bloods checked every six months and mind myself.

This instance may have been just a blip on the health radar, but it’s put me in mind of the future.

Being a Mum, I realise now, that I put the kids and Will and work first and never think to do things for me.

I come from a family that never went to the doctor, but that’s going to change.

Remember how I felt so sorry for all my jeans because I felt I was putting so much pressure on the seams? Well now, I’m not sure if my jeans are loose from losing weight or whether I flipping stretched them when I was fatter as they’re a very quare shape, especially round the arse!

I wish I could lose weight as easily as I lose my mind over theses matters!

And after Knicker Gate, when Karl killed me for wearing some Spanx, we now have a new problem, none of my bras bloody fit!

Of course my boobs shrunk faster than my thighs!

Going forward I’ve decided I’m going to get a dog and call him 5K so that I can say I walk 5K every single day!

Finally though, for real now, if you really want to know the big secret to losing weight, it’s this.

Turn your head to the left.

Then turn it to the right.