Even though his clothes haven’t quite hit Ireland with the same ferocity as elsewhere yet, it’s going to be the name on everyone’s lips soon enough – Bibhu (pronounced Bip-oo). I was so thrilled to have experienced this show, because I wasn’t sure what to expect going in. But the make-up, hair and clothing were all absolutely stunning (as you can see in the snaps below), so it was so worth a visit!

With Maybelline providing the  beauty, the look was soft, girly and very ‘pretty in pink’, which I’m loving right now. It had a clear Japanese influence in the choice of colour and application  The lip was the strongest part of the look, thanks to Maybelline’s Super Stay Matte Ink Lipsticks I suspect. The pigmentation is so strong and gorgeous that they really shone out from the catwalk. I’m also totally lusting after the touch of pink blush done up on the forehead, above the temples.

It was also amazing to see Global Makeup Artist for Maybelline New York, Erin Parsons, in action. Look how cool she is! I just want to hover around her stylistic flame. Fun fact: she’s also Gigi Hadid’s personal make-up artist. She has such an even touch with a make-up brush, it’s ridiculous!

It was absolutely amazing sitting in the front row for the show, or the FROW, as it’s called by us ‘frowers.’ You could actually see the details in the clothes, the beautiful jewellery and (most important for me), how the make-up came together on the catwalk. The pops of pink really worked on the cheek and forehead and the lips owned the stage.

With an exciting clothing collection like this, you actually wait with anticipation to see the models all walk together at the show’s finale. There were details galore in every garment. With embellishments playing alongside floaty, feminine fabrics, it was an absolute feast for the eyes.

After the show was over, I ran into Miss USA and Miss Universe USA. I felt a tad short standing between the two gals!! 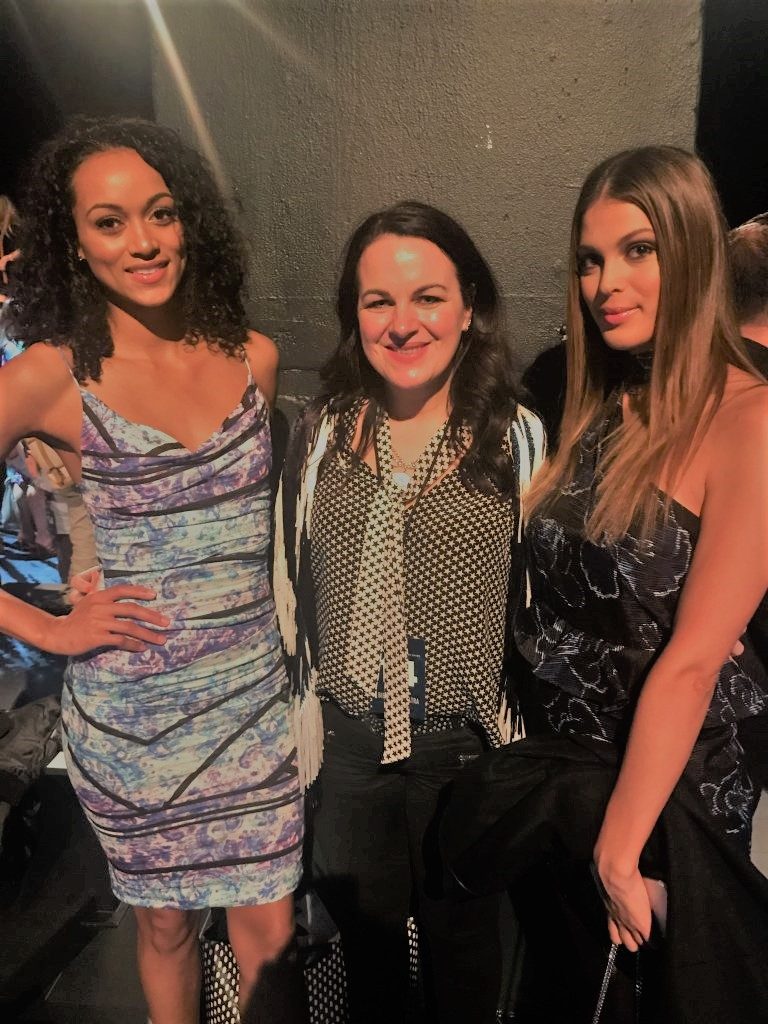