I want to tell you a secret.

I, the p*ss artist formerly known as Party McCarthy, had been in the Fitness Protection Programme for the last few years, hiding from healthy living!

My exercise regime was basically diddly squats, but having signed up for the new season of Celebrity Operation Transformation, starting this Wednesday, the 6th of September, on RTE One at 9.35 pm, I’m been fat out, sorry, flat out trying to get into shape by throwing some serious shapes like lunges, squats, and planks.

Who even am I anymore!

When you think about it, I’m not a celebrity – or am I as EVERYBODY is now, in this social-media soaked world, and also according to a lot of people, I’m not even heavy enough to go on the show.

Out and about, I’ve heard lots of ‘you’re going on the wrong show’ or ‘you’re not fat enough!” and while I’m very flattered when I hear that, eh, those peeps might just need to pop into Specsavers, as I’m a stone and a half overweight.

Not obese, but I’m not where I want to be – where I used to be – and where I should be.

Anyhoo, what’s wrong with getting fit and healthy, which is really what the show is all about afterall?

The clue is in the name guys, Operation TRANSFORMATION!

And what a show it’s, eh, shaping up to be this year. 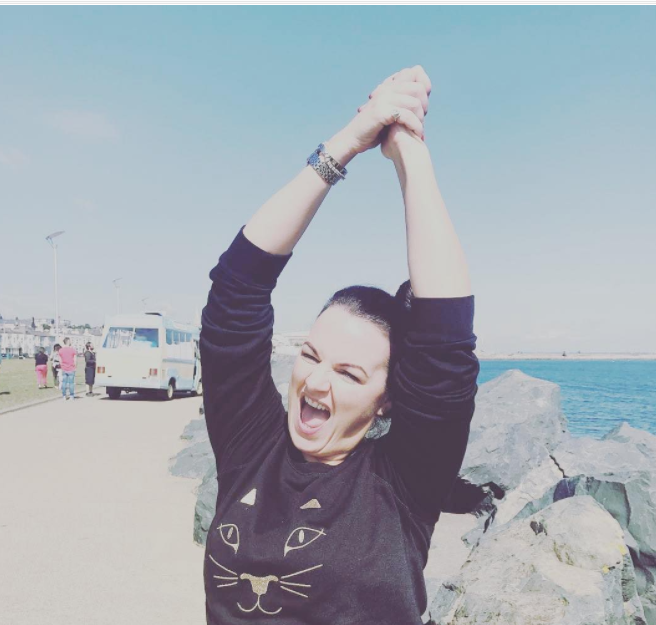 We are all on completely different journeys –yes I’m talking in tv language now- and even though we all have very different personalities, trust me folks when I tell you, that makes reaaaally good tv.

My new BFF is James, who is ‘gas’ as he would say himself. 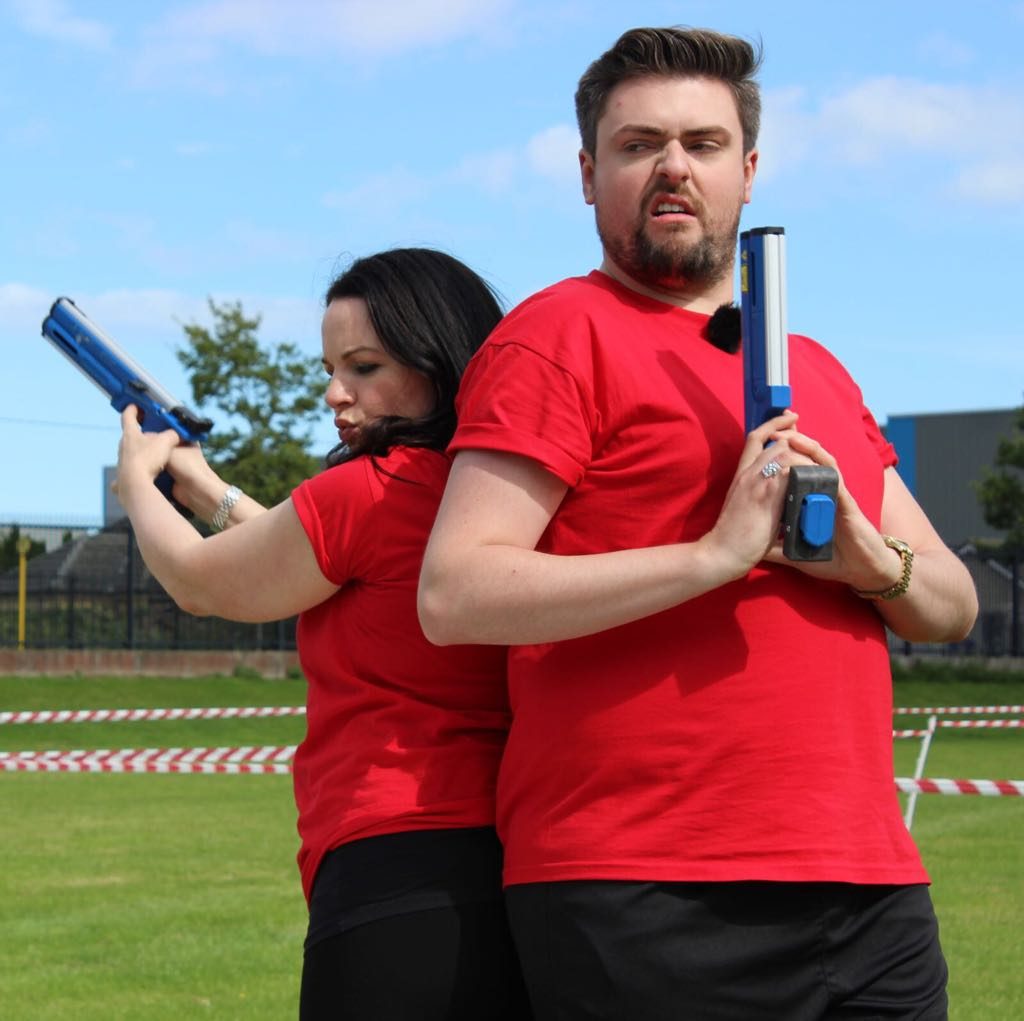 We have been bonding furiously discussing big diddies, HIS, not mine and he honestly has more make up than I do!

He cracks me up every time we’re together – and you really need that humour as you run round a pitch for torture – I mean training – purposes.

Gary has two young children like me, so we often swap toilet training tips, Kayleigh is a beauty junkie like me and Mary and I break into songs at every opportunity. 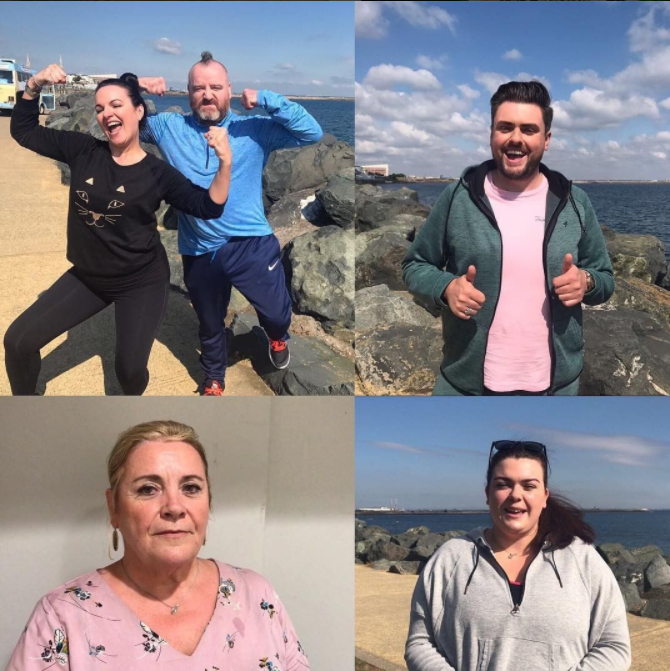 But it’s not all fun and games.

When we had our first fitness test with Dr.Niall Moyna in D.C.U, and he told me I was indeed the lightest and the fittest they’d ever had on the show- sure I thought I was only fabliss!

That was v short-lived though as next thing I knew I was being asked to take off my microphone and the cameras were switched off as Niall had something serious to discuss with me.

I thought I was in trouble for oversharing on social media or playing pranks on the others-I’m very immature really!

But it was far more grim.

I might have been the lightest and fittest but apparently I was far from the healthiest?!

My Insta followers, who were very supportive, may have caught glimpses of me in hospital two weeks ago and wondered what was up. 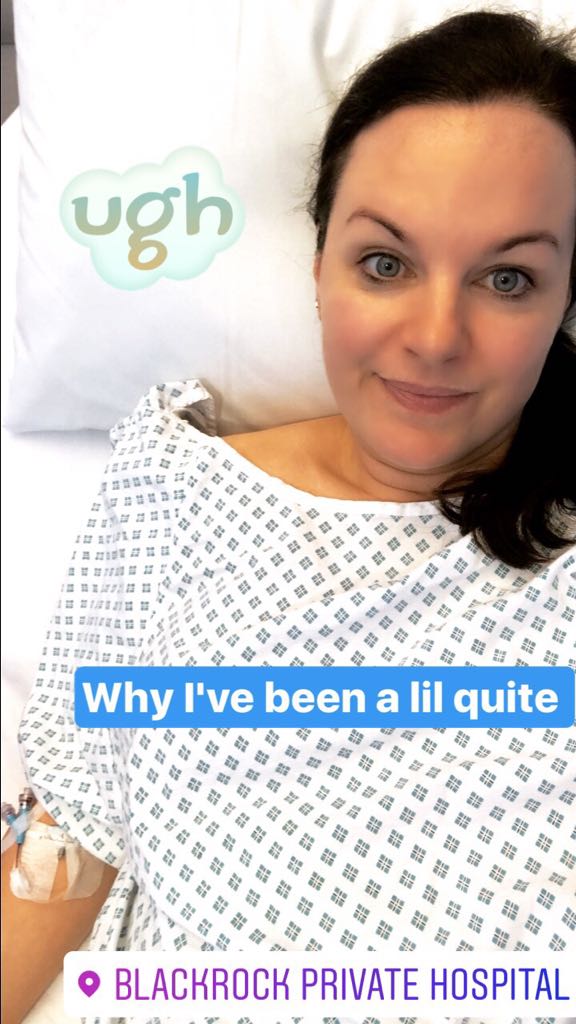 Lots of my friends were convinced I was pregnant again-yeah, I had the belly, but no baby in there!
The truth is, there were irregularities on my tests that indicated….. heart disease!

I actually thought it was a spoof when they told me but when I had to make an appointment to go see my doctor straight away the next morning to get a referral to a cardiologist, I began to realise it wasn’t a joke.

Was I about to pop my Louboutins?!

I thought with the history of cancer in my family, that that was what would get me in the end, but no, it was my heart.

I know I’ve had a lot of heart ache over the years but I always thought the strongest hearts have the most scars surely?

Well, I nearly had a flipping heart attack altogether, excuse the pun, when they said something like this generally only happened in someone so young if they’re a drug addict!!

Eh no, sugar addict maybe, but I did start thinking that perhaps I’d probably strained my heart from hangovers when I, all jokes aside, sometimes feel like I might actually die, the morning after the night before!

If anyone saw me on Saturday Night with Miriam, I was actually in the height of uncertainty about my health and remaining on the show, but I just put on my happy face and got on with it!

I also had to cut short my trip home to Schull as I was fast-tracked in to see a cardiologist in Blackrock Clinic and had to have a barrage of tests.

I began to realise I might not be the indestructible young thing I used to be.

It was that scary that I promised myself that I’d change for the better.

I even started referring to myself as Hearty McCarthy, which doesn’t have quite the same ring to it as my previous fun-loving moniker.

Thankfully, it was a false positive and they just can’t explain how it was coming up that I had these irregularities.

Only for the bandaged, bruised wrist after a bad bleed from the artery on my wrist after the angiogram and I was grand,

I’m a bleeder, I also nearly bled to death after I had Maxi.

I always look for silver linings and after all the drama I swear I’m never going to bitch or tell lies or smoke or drink or shite talk or think bad thoughts ever again and I’m going to learn how to drive, get my Sunday Independent column in early, in fact I’m going to be fifteen minutes early for everything.

I’m going to find out all about pensions, I won’t wash clothes only when we’ve all run out of clean knickers and I’ll clean the bathroom properly, not just wipe down the taps!

But mostly I’m going to see more of my friends and family and tell them I love them!

Speaking of family, mine have been fab with Will cooking up a storm in the kitchen with the new recipes, which I’m McLovin btw.

My Mum Margaret has been marvellous minding Maxi my four year old and Mini my two year old as I’m off gallivanting with my new gang.

Although on Thursday this week there was complete pandemonium as I realised Mini was starting in Montessori that day and not on Monday when Maxi was back as I had presumed. 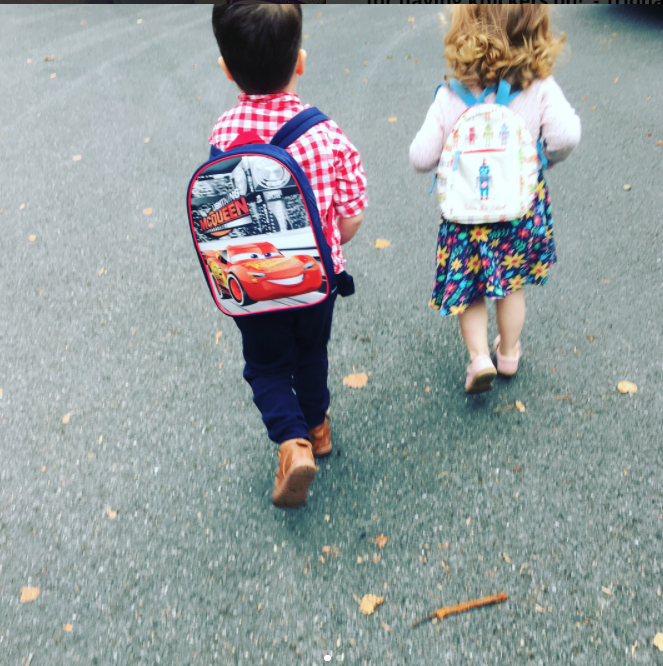 An entirely different scenario to last year when Maxi started with a perfectly packed lunch in a pristine new school bag and carefully chosen outfit which I can see in the photo we all posed for, sitting next to me as I type.

Yeah, with Mini, in a typical second child syndrome scene, she was shoved out the door with an old handbag of mine as a school bag, in her brothers hand me downs and bundled into a taxi waiting to take me to the National Aquatic Centre for training!

She raced in the door and I ran back out without any drama and you know what, she was just grand.

In fact Maxi and Mini are the real little stars of the show as the production company keep telling me.

Well, you’re going to have to weight, sorry, wait till Wednesday to see what its like in my house as I try to do this.

Thankfully, the next few weeks won’t require a literal operation, I’m delighted to be able to focus solely on the transformation aspect and you never know I might fully transform from Party McCarthy to my new identity, Smarty McCarthy!