Available on RTE2, Monday nights at 9pm and catch-up on RTE Player.

We were sad to see them go after season 8 finished in 2006, but, following the internet’s happy-dance at their reunion in a 10-minute election day video last year, Jack, Karen, Will and Grace (Sean Hayes, Megan Mullally, Eric McCormack and Debra Messing) have returned to our screens, energetic as ever, with screaming success – they’ve already been signed for a tenth season.

When we last left them, they had grown older, Will and Grace having had children with their respective partners (Karen and Jack simply living together in wealthy bliss), but all of this has been thrown out for the new season. It never happened, and Will and Grace are back in their iconic apartment, single and fantastic, still very much (platonically) in love with one another.

The writing is as edgy, politically aware and socially relevant as ever, tackling subjects like Trump, age gaps in relationships, monogamy vs. polygamy – all the way to awkward threesomes.

Karen is as sharp as ever (despite the cocktail of alcohol and drugs she regularly ingests). How can you not love a woman who gave us classic lines like “Oh, I regret the day I ever laid boobs on that man!” or “Honey, I’d suck the alcohol out of a deodorant stick.”

Having aired in America a couple of months previous, the show finally arrived to RTE2 on February 12th.

We loved them then and we love them now. Welcome back honey! 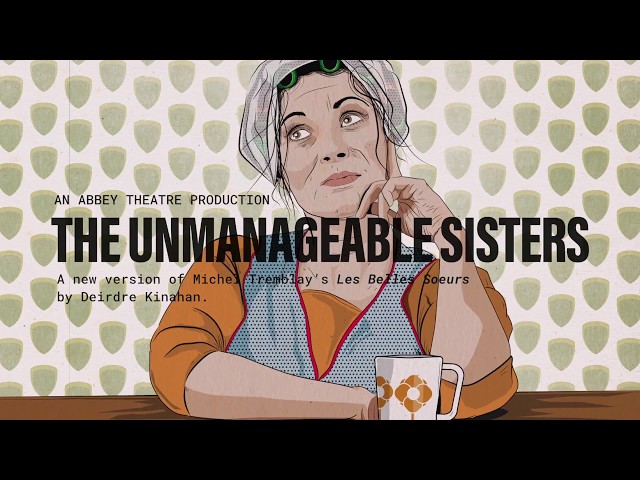 Playing now at The Abbey Theatre, until 7th April

Ger Lawless has just won a million Green Shield Stamps from the local shop and invited her nearest and dearest females around to help her get said stamps into the appropriate booklets. But, things go awry when the 15 friends and family members congregate to help her claim her winnings. As they work, they talk men, the church and their daily life… and naturally, they then rob her stamps.

It’s engrossing, hilarious and so Irish.

Acts as a window into the lives of the fabulous working-class women of the 1970’s.