In the run up to her graduation from high school, Christine McPherson – or “Lady Bird” (Saoirse Ronan), as she has christened herself – struggles with life as a teenager, attempting to work out the uncertain future ahead of her and her turbulent, but loving, relationship with her mother (Laurie Metcalf).

This is a true coming of age story. Lady Bird is recognisable, either in yourself or that friend you adored in your teens – this is a real girl. Ronan’s own mother adored the film when her daughter brought her to see it on the down-low in L.A.

The chemistry between Metcalf and Ronan is fantastic and lights up the screen. The fights, make-ups and dress shopping will undoubtedly bring up some nostalgia for your own mother-daughter/daughter-mother experiences.

Brilliantly written and directed by Greta Gerwig, whose own life served as inspiration for the story, the film is nominated for five Oscars, including Best Picture, Best Actress for Ronan, and Best Director for Gerwig.

Lady Bird is out today in cinemas across Ireland, including The Light House – see here for details. 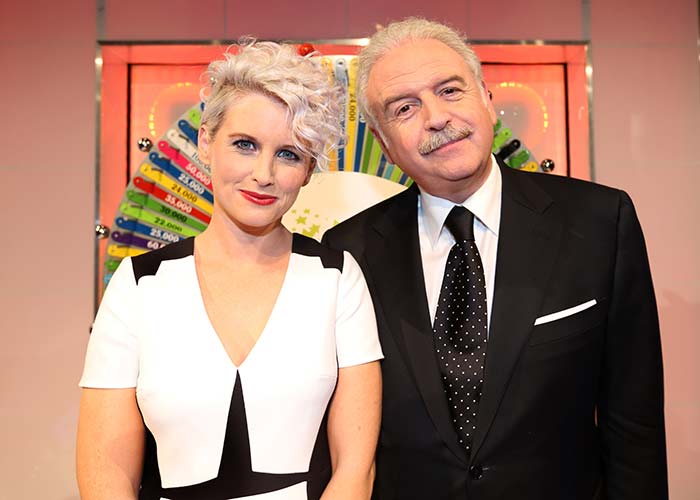 It’s been on our screens for decades and we all know someone who has made an appearance on it at one point or another!

Marty Whelan and Sinead Kennedy present the long-running  National Lottery scratchcard game-show, where each week, 5 contestants are in with a chance of winning up to half a million euro.

But, can you believe it first aired September 21st 1990? This weekend it celebrates its 1000th show!

I can’t believe I’ve never seen an episode. It’s been on in every Irish home for the last 28 years. Although, I’m told people bring on a lucky mascot when they’re taking part. What would mine be?